When people come in for treatment they are there at least an hour so there is plenty of time to chat. Of course, there is a lot of talk about lice and what to do at home but the conversations go way beyond that. Many times over the last 2 years people have said, "You should blog about this stuff. It is awesome information!" So this post is about the cool conversations we've had in the shop. The tidbits of info I've learned from customers and the things I've taught them. But know if you do ever have a lice related question - I'm your source!!

My family has been paying exorbitant cable bills for years. It pained me every month. I tried other services but they just didn't have the channels we wanted or to get all we needed cost me just as much as cable. So each month I made my payment to Fios and let it go. Then my brother introduced me to YouTube TV and I was sold. It has every channel we want to watch and is only $40 a month. It saves whatever you like to the cloud so not only could I cancel cable TV I could also cancel our TiVo service. During our free trial, we cast it to the TV from the computer and ordered a Roku. Now with the push of a button, we get YouTube TV, Netflix, and Amazon movies instantly. Everyone in the family has their own account (under the main account you can set up 6 separate accounts so everyone can save their favorite shows). It is so awesome because if I hear about a documentary or show after the fact I can just go search it up and watch it. If I turn on a rerun of Law & Order 10 minutes into the show I can go back to the beginning because it is in the cloud. I wasn't sure there would ever be streaming TV that I would love until we started using YouTube TV. It is awesome!! And FYI now that we also switched our phone to Ooma we are saving $181 a month.

I learned about Amazon Warehouse several years ago when I was looking for a DSLR camera. The cost was always out of reach for me until I found out Amazon has warehouse deals - used, returned or open box items that can't be sold on Amazon go to Amazon Warehouse. There isn't a link on the main Amazon site (sometimes in your search an item from the warehouse will pop-up) - you have to google Amazon Warehouse (and then bookmark it) to get to the deals. Amazon Warehouse has so many great deals. We have found awesome Lego sets where the box was beaten up but everything was inside for deep discounts and like my son said, "The first thing we do is put that in recycling so who needs a nice box?" I got the Ooma I mentioned above for half price on Amazon Warehouse and I would be hard-pressed to think it wasn't brand new.

The Amazon Fire tablets have been awesome in the clinic. Whether it is a movie, storybook or game the kids pick they are excited about some tablet time and hardly notice they are getting a treatment for head lice. We went with these because at home my kids were driving me crazy with, "Can I spend $.99 here and $2.99 there" on their Android and iPad. It never sounds like a lot at the time until you realize you just 99 cents your way into $20. I researched it and Amazon has a family plan for the tablets. For $6.99 a month you get all the games available without needing money to power up or get more levels or anything. It is awesome. And with our Amazon Prime membership all the prime movies are available and the ones we buy. Now, mine are old - 2015 generation which at the time were selling for $50 but I got all of the clinic tablets for anywhere between $23 and $26 dollars on Amazon Warehouse. They all came looking like brand new and after 2 years of clinic use they all still look and work great. They can be dropped and beat on with no problem. I love those tablets!!

Those are the 3 big things we have been talking about in the clinic lately when we aren't talking about lice. I'm going to take note of more stuff to share!!

Posted by ItsLiz at 1:07 PM No comments: 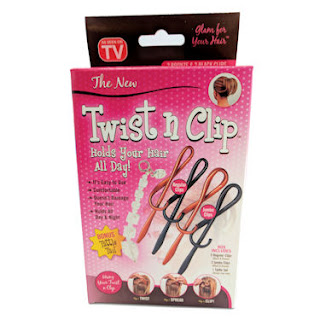 To say I am excited about this new product would be an understatement and I'll tell you why.

About 10 years ago my boss was wearing a new hair clip and couldn't stop raving about it. Her daughter picked it up at the salon where she worked and she kept insisting, "You have to give this a try. You're going to love it."

Honestly, my thought was, "A hair clip is a hair clip. A simple rubber band does the trick." But I did notice her hairstyle was super cute and I'm always up for trying my next new-favorite-product-that-I-never-knew-I-couldn't-live-without.

Turns out it WAS that product for so many reasons.

I bought 2 packages of 4 and loved them. For 10 years they were my go-to clip. Every once in a while I would give one to someone I really liked (I hated parting with them but they are such great clips I wanted to share). When I started doing lice treatments they became my must have because they kept my hair in place so nicely through the long day.

Then the day finally came - I was down to my last clip. I started searching for more. Only when I bought them they were called The Clever Clip and all I could find was a website designer who made their original site and a single YouTube video. I tried all sorts of searches to no avail - and I am honestly the master at finding stuff online so it was so disheartening.

I decided to call the web designer and see if he had contact information for the company. When I told him what I needed he said, "You know that was over 10 years ago but let me see what I can find."

He found 3 email addresses and a phone number. I sent an email to all 3 addresses letting them know what I was looking for and within an hour I got a response. The inventor Rachel Taylor wrote me back and believe it or not she lives in the area and had recently gotten the rights back for the clip and had a big supply of them. Although now they were called the Twist N Clip.

We made a plan to meet so I could get the clips and sell them in the shop. I was so excited to meet the woman who invented the greatest hairclip of all time and to be able to offer it to everyone in my shop and online.

Posted by ItsLiz at 9:27 AM No comments: 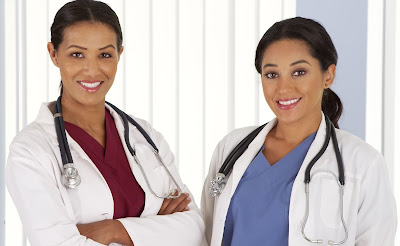 Posted by ItsLiz at 7:53 PM No comments:

Moms get lice too

Posted by ItsLiz at 9:30 AM No comments: 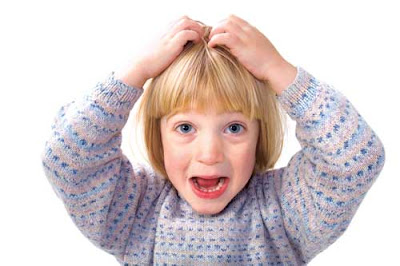 Some 6-12 million people are afflicted with head lice each year, according to the Centers for Disease Control and Prevention. Many end up struggling with head lice for weeks, months, or even years. Why are head lice so difficult to get out of your life?  5 Reasons Your Head Lice Won’t Go Away and What to Do About It:

There are two surefire ways to rid anyone of head lice. First, is shaving the head of the person with lice. No hair, no lice! But that’s not going to go over well with most kids. Now, however, there is the AirAllé® medical device, cleared by the FDA and clinically proven to kill live lice and 99.2 percent of nits in a single session. The AirAllé® device uses only heated air to dehydrate lice and eggs—an ingenious approach that bypasses the hassles and risks of traditional treatments. The results are guaranteed when all family members are checked for lice and all infested family members are treated.
The AirAllé® treatment is available exclusively at Lice Clinics of America treatment centers throughout the world. There are more than 150 clinics in the United States and another 100 or so in 20 other nations. Lice Clinics of America is the largest and fastest-growing professional lice removal service in the world.
Visit our site for more information and to book an appointment - SuperLiceFighters.com

Posted by ItsLiz at 6:34 PM No comments: 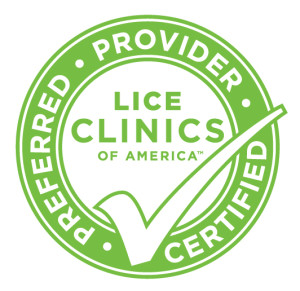